Finding accurate and up-to-date information on CFO and finance leader salaries can be daunting. This is especially the case when it comes to understanding the wide range of compensation models that companies use across different countries, let alone cities.

We believe this information is critical for finance teams and company leaders to effectively hire and build their teams.

To source the latest data, we conducted an anonymous survey with more than 300 finance executives from the CFO Connect community, on a range of salary and compensation topics.

Results showed large differences in pay within Europe and the United Kingdom, and an even greater disparity when compared to the USA.

We broke down several key takeaways in more detail below, but you can download the full report here:

It’s common practice today to offer different salaries depending on job location. The same role in London pays more than in Manchester, just as roles in New York likely pay more than in Des Moines.

There are several factors that go into calculating geographic salary structure: the cost of living, job market competition, and the overall value placed on certain roles in each location.

So how much does the country you work in affect your salary? Based on our survey results, it makes a considerable difference for finance executives.

Salaries in France are by far the lowest in Middle and Northern Europe. In Germany, salaries are on average 26% higher, and in the UK they’re 51.5% higher.

Only in some countries of Southern Europe (Portugal, for example) and Eastern Europe did we find lower average compensation. (These countries are included in “Other”).

But perhaps the biggest headline from the graph above: Salaries in the US are significantly higher than in Europe. Even compared to the UK, where the average is still 21% lower than across the Atlantic.

And specifically for CFOs, the differences appear more pronounced.

It comes as no surprise that CFO salary ranges are especially linked to physical geography. But one fact immediately grabs attention: US-based CFOs in our survey earn more than double that of their French counterparts.

Taken together, these two graphs show that salaries are closely linked to the country a finance leader works in. Naturally, this will affect the talent pool and likelihood that a CFO or finance executive will choose to move between countries for work. 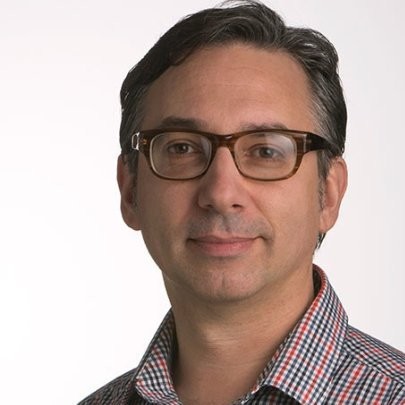 “The one huge advantage in Europe that would appeal to people with younger kids is the availability and accessibility of childcare, which makes life so much easier for working parents. I think that’s a strength that should be promoted to attract early and mid-level professionals to Europe.”

3. Experience is a key factor in CFO salaries

Across all industries, a professional’s level of experience is usually a key determinant in how much they can expect to make in different roles. This fact was supported by our survey results.

This confirms previous assumptions. But we also see a more significant jump once we move from 6-10 years’ experience, to 10-15. This could be for a number of possible reasons:

Whatever the reason, it's clear that time spent in the profession is valuable for finance professionals seeking higher pay.

Our survey results also confirmed another common observation. As finance professionals evolve in growing roles during their career, their salaries tend to increase:

It’s worth pointing out a few quirks in this particular graphic. For example, British readers might be confused about the difference in salary between CFO and Director of Finance. In the UK, the two roles are often synonymous.

But in other countries there’s a clear distinction. And in general, there are no set rules or laws around job titles.

It will also be up to each company whether the first controller hired is their Head of Controlling, or a Financial Controller. These differences are really a question of company culture and hiring practices.

We know that the CFO is often the first full-time finance employee in startups, for example, and their salary will be lower in a smaller company (see further analysis below). So it’s not necessarily a case of CFOs working their way up the salary ladder - it’s a question of leverage and negotiations.

Despite these quirks, this analysis pretty clearly shows the finance function career ladder, and gives a benchmark for CFOs and hiring managers to work from as they build their teams.

5. Remote work is still not the norm for finance teams

Given the world-changing events of 2020 and early 2021, one could easily assume that they created a necessity and clear acceptance for flexible remote work. We know that finance teams can easily work from home with as much productivity, when equipped with the right tools and processes.

Therefore results were quite surprising when we asked the following question in our CFO survey:

First, a small but real minority have no option to work remotely - even part time. This is despite the fact that all of these jurisdictions have had lockdowns in the past 18 months. Clearly, some businesses just aren’t comfortable with this arrangement.

Again, we see very clear differences between geographies. Only 27% of French finance leaders have the option to work full time. This is despite demands from governments that those who can work remotely should.

Either this was seen as strictly a temporary measure for French companies with no lasting change, or they simply don’t believe that it’s possible to work remotely full time.

"Historically, ‘télétravail’ had to be added specially in French employees' contracts, which led to legal and HR difficulties. It's slowly changing now but can explain why the shift isn't as radical as in other countries. And in certain European countries, talents also have been centralized in major cities in the past, so companies didn’t need to look for remote workers elsewhere."

Get all the latest insights from our full report

These were five highlights from our recent survey with more than 300 CFOs and finance leaders. The complete report is full of fascinating data, both confirming prior assumptions and uncovering new truths on finance compensation.

Feel free to use these insights as statistical support for your articles, or to benchmark your own company's pay scale. Download the full report below:

7 Principles for CFOs to Survive The Current Bear Market

Ask Me Anything: end-of-year planning with FP&A expert Nicolas Boucher